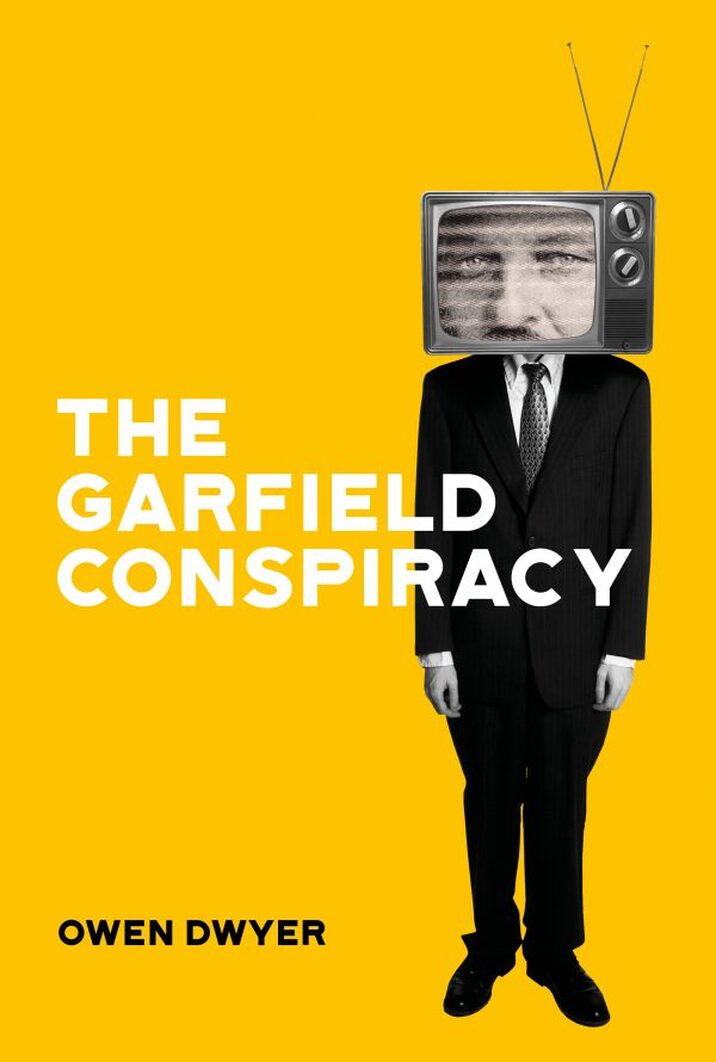 ​Richard Todd, an award-winning writer, is outwardly successful but inwardly plagued by uncertainties. Worst of all, he can’t seem to write any more. When a bright young editor, Jenny Lambe, arrives on his doorstep to work with him on his latest book, about the assassination of US president James Garfield, his life is sent spinning off in a new direction.
President Garfield was killed by Charles Guiteau, who was tried and hanged for the murder. But was he acting along, or was there a more sinister force at work? Richard hears Guiteau’s voice in his head, and as his relationship with Jenny deepens, he is visited by other characters in the drama. Are they helping Richard solve the mystery surrounding Garfield’s murder – or pushing him further towards the edge?
A remarkable, disturbing portrait of a middle-aged man torn between his carefully constructed life and new adventures which may beckon, in the present and the past, from one of Ireland’s most exciting emerging authors.
​
“When Bad Things Happen to Good People”: The parallels between Midsommar and The Garfield Conspiracy, according to Critical Popcorn
https://criticalpopcorn.com/2021/07/16/when-bad-things-happen-to-good-people-midsommar-and-the-garfield-conspiracy/
Look out for Owen on Talk Radio Europe at 1.30pm on 2 Sep and on Aspects of History, in Senior Times magazine, and Silversurfers event 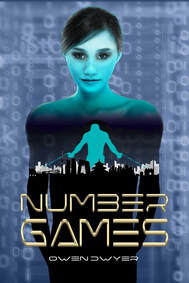 ​In a future dominated by the Chinese and run by women, a promiscuous young man finds out that his whole life has been part of a gigantic experiment. In a war-torn America, will he carry out the mission which may be his destiny?

​Seattle, 2116. The world is divided into a network of vast corporations (Corpos), each controlled by a triumvirate of elderly Chinese. The masses are conditioned to extol the virtues of utilitarianism, with society dominated by the power of ‘the numbers’. Men, who have previously caused the collapse of society, must stay at home and raise children while women rule – with dispassionate ruthlessness. Enter Li, a ‘career boy’ tele-sales manager in Ireland-corpo. After years of sleeping around and getting high – and into trouble – his life takes an unexpected turn when he meets a mysterious young woman, Tattoo.

​As with all the best science-fiction, Number Games gives hints of what our world might become. With echoes of Bladerunner, The Man in the High Castle, and The Time Machine, this superbly crafted novel makes for a compelling – and sometimes chilling – read.
Click here for a full description


​“Irish fiction as we’ve rarely seen it . . . consistently smart, thought-provoking and well written . . . Kudos to Liberties Press for taking a shot on home-grown sci-fi, and here’s hoping Number Games is merely the first of many.”
––Darragh McManus, Irish Independent

“Dwyer's writing is direct and unflinching in depicting violence, sex and bodily fluids. It is not a story for the faint of heart and yet it is the the novel's more reflective elements which are the scene-stealers. Li's interior narrative provides the reader with insights into substance abuse, the loss of love, and questions of identity and purpose. . . . A novel of captivating style.”
––Béibhinn Breathnach, rte.ie

“a terrific read and a great page-turner, with lots of humour thrown into the mix”
––Alan Caffrey

“Hunger Games meets Bladerunner meets Raiders of the Lost Ark . . . Brilliant language use will always win the day, and Owen Dwyer's writing is . . . inventive, colourful and unique.”
––Helen Casey
​
“visceral in its violence and compelling in its writing style . . . fascinating”
––Sunday Independent

Nicholas is a psychopath. He lives in the secret world of his head but is slowly developing, testing the barriers of society as he emerges. He is rigorous, vicious, and an expert on Star Trek, but is he as clever as he thinks he is? Following a series of premeditated crimes he finds that he has a far greater enemy than he anticipated.
​
​How does an evil genius cope with normality? 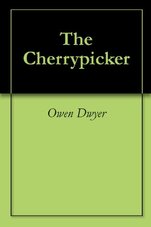 Unusually, this book includes the reader as one of the characters. Having forgotten to take his medication, following a nervous breakdown, Nicholas slowly recovers his senses and begins to record his thoughts. With this ‘return of cogitation’ comes memories of a psychotic past and the rediscovery of his only friend, (if you don’t count that ‘one armed alcoholic bastard’ Gerry Mullins) the voice in his head against which he balances all decisions and justifications, you. He is not sure who you are, if you are an omniscient being, God or the ‘reader’ of his story. In any event Nicholas constantly engages with the reader as the plot unfolds seeking guidance to help him atone for the transgressions of his past.

Nicholas decides that he must become a saint. It is the only act potent enough to cancel the horrors of his earlier life. Finding inspiration in Butlers Lives of the Saints Nicholas decides he must recruit a group of disciples from those surviving victims of his past, while he himself becomes a disciple of the you. Adopting the same strategic and systematic approach that served him well as a serial killer, Nicholas engages in various acts of kindness and philanthropy; he finds being good is not as simple as he thought. He accidentally sends his ex-girlfriend into a coma, gets chased by ungrateful itinerants, attacked by a swan, fleeced by his immigrant next-door neighbour, spat at by a tramp and ridiculed for street preaching. His purity of heart, modelled on the ethos of Saint Francis, is taken advantage of by customer and colleague alike in his father’s garage where he works as the worst salesman his father has ever employed.